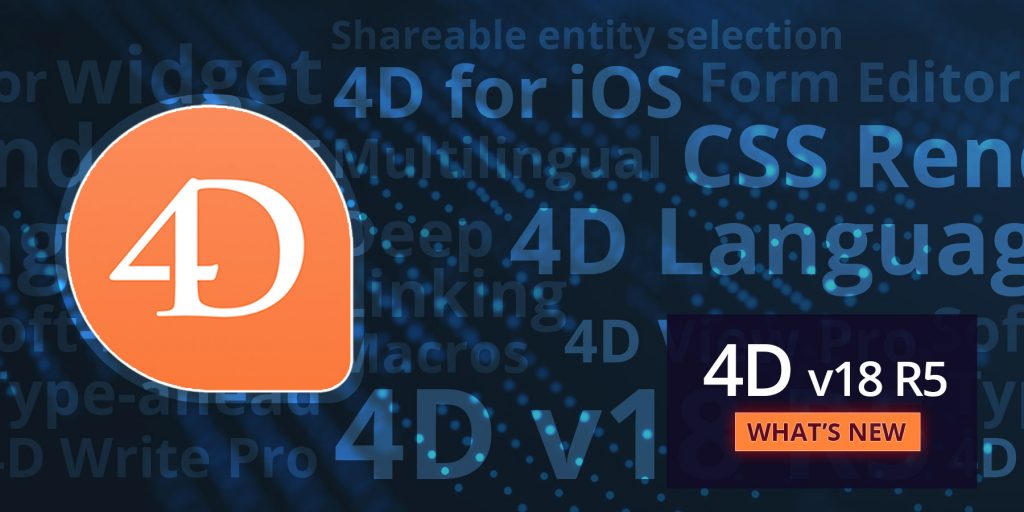 This feature release includes many functionalities you asked for, starting with a CSS preview in the form editor, to the ability to have 4D View Pro in your native language … just to name a few!

Without further ado, here’s an overview of what this feature release has in store for you:

Following this blog post about the new concept of shareable entity selections and the subsequent discussions on the forum, we’ll now take the time to explain how ORDA fits into the future.

4D 18 R5 introduced form macros. They can be incredibly useful, for example, by providing an ideal way to save time on repetitive tasks. In this blog post, we’ll show you some basic examples to learn more about how macros work and the possibilities they offer. All of the following examples are available on GitHub.