DirectWrite is the modern text rendering API on Windows. It improves text readability thanks to its subpixel quality, and is fully compatible with the most recent technologies. As such, it is a stepping stone to many improvements. Amongst them, the management of high-resolution screens (4K screens) we’re currently working on, and that many of you dearly expect. 4D list boxes moved to DirectWrite in v16 and we decided to make the switch for our text rendering inside forms in v19R3. 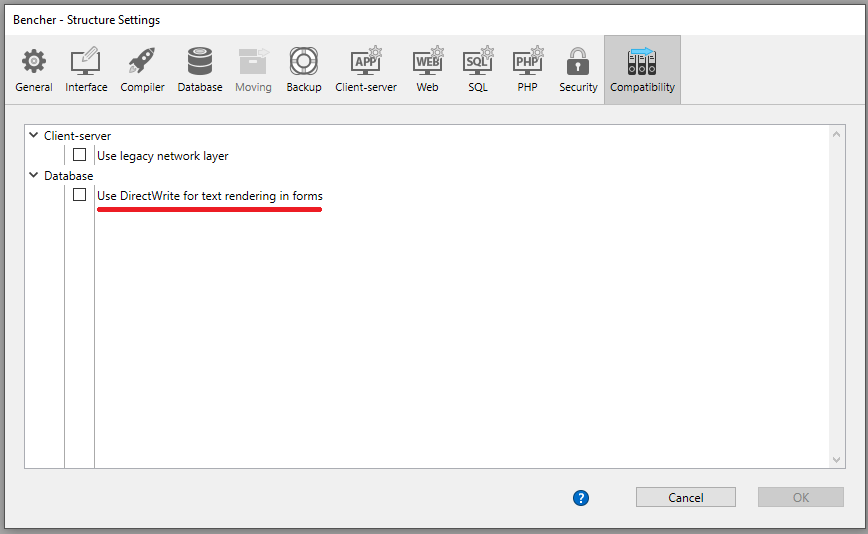 Be careful as activating DirectWrite will slightly alter the appearance of the fonts you use, affecting the font size and character spacing. Check your forms after enabling the setting to be sure your texts are still correctly displayed. 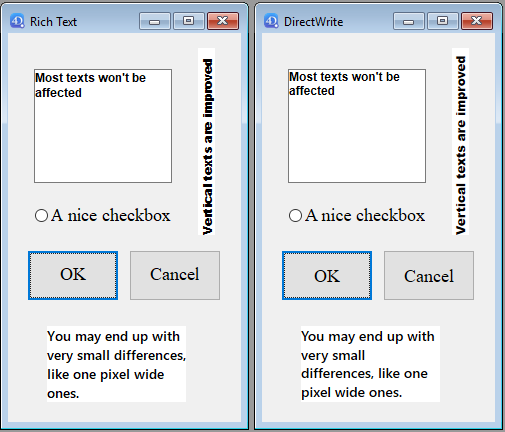 This is a comparison between a GDI (Rich Text) form and its version in DirectWrite.
There are few differences but they can affect the way your forms are displayed.

If you have questions about this change, feel free to ask on the official 4D forum.