As you might know, 4D has two product lines:

Note: This blog post explains the new 4D product release cycle, the reason behind changing the naming convention, and the intervals of our product releases.

4D v19 R2 contains bug fixes and new features compared to 4D v19 LTS. 4D v19 R3 contains more features and bug fixes based on 4D v19 R2. All those new features will be available with 4D v20 in the LTS branch. They will not be included in v19.x.

Here is a diagram that explains the process: 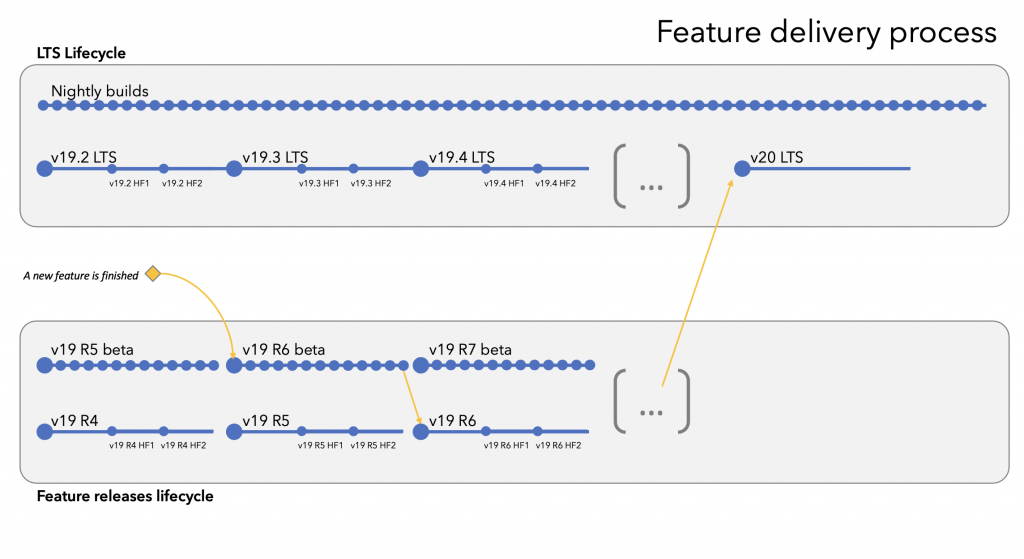 When we fix a bug, we first do it in an internal version called “main.” This code branch is used for new developments and bug fixes. When a bug is fixed, the QA team validates the fix, ensuring that there are no unexpected side effects; a few days later, the code change is also committed to the LTS branch, included in the next nightly build (available to 4D partners) and included in the next minor update, such as 4D v19.2.

As the release date of the next version of the feature release approaches, we stop the integration, as each code change may introduce an undetected and unwanted side effect that is missed during testing. A longer testing period reduces this risk, so we are cautious.

When a Feature Release is published, only for highly significant, blocking bugs, we do include code changes with the next monthly hotfix. This gives us more time to test those and reduces the risk of undetected side effects. 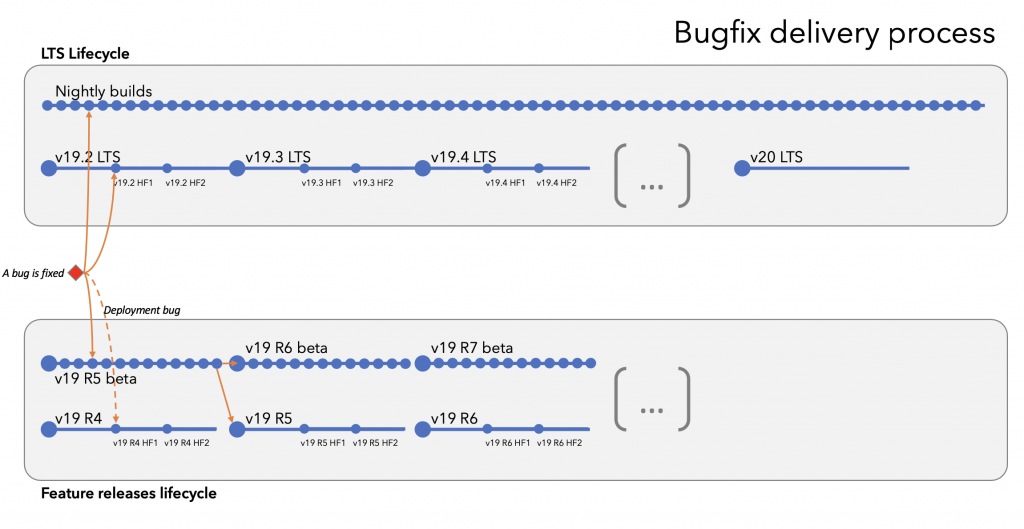 If you are wondering what the best option is, there is no answer as it’s your choice:

We explained the differences between the two product lines, so it’s up to you to decide what best suits your needs.