Home Product 4D for iOS: What you need to know about iOS 13
Automatically translated from English

iOS 13, first launched at the Apple’s annual Worldwide Developers Conference (WWDC 2019), to be released today, September 19. And we couldn’t be more thrilled to announce that some of the features Apple has unveiled for their latest iOS, will be available in 4D for iOS with the release of the v18! Here’s everything you need to know about the advances we have in store for you:

It seems like all the cool kids are in love with Dark Mode these days, and for very good reasons such as reducing eye fatigue and increasing the iPhone’s battery life! Dark Mode is beautiful and creates an exciting user experience. Therefore, all 4D for iOS List and Detail form templates are being redesigned to be compatible with Dark Mode. All colors are carefully selected to provide the best experience in both light and dark modes, with an attractive dark color scheme for your apps to have a dramatic look!

Another big change in iOS 13 is the card-like appearance. List and Detail forms are redesigned to take advantage of this exciting feature, providing a new way to navigate between different screens of your app by pulling down views to dismiss it.

These two features are included natively for all 4D for iOS templates to allow you to build beautiful dark apps! 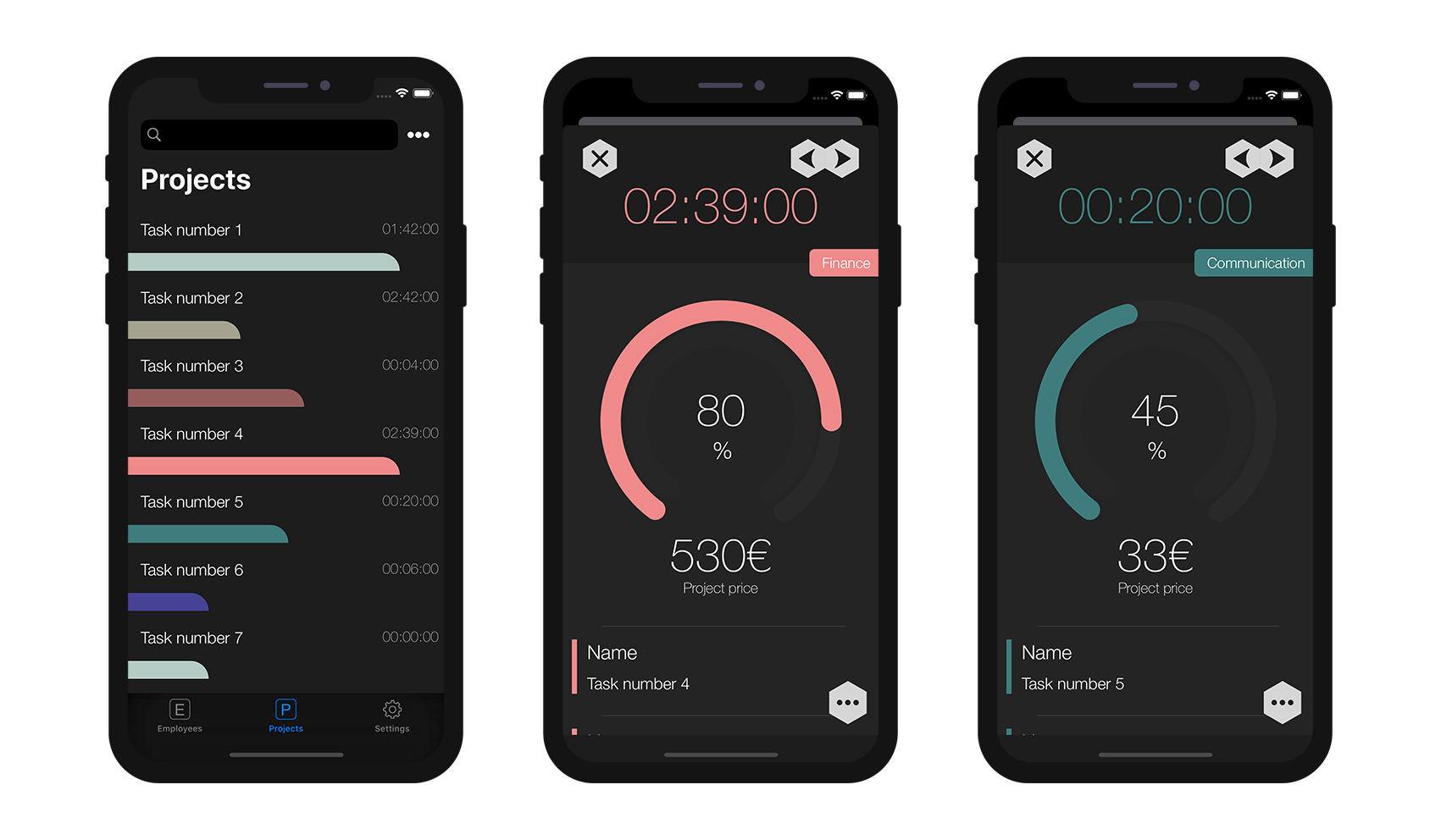 Take a look at this cool Task app interface that you can create using 4D for iOS!

Sign In with Apple has not been forgotten. In fact, Apple Sign-in is fully supported by 4D Server! This means that you’ll be able to sign in quickly and easily using your existing Apple ID. Just tap on “Sign In with Apple” and use Touch ID and Face ID to authenticate! 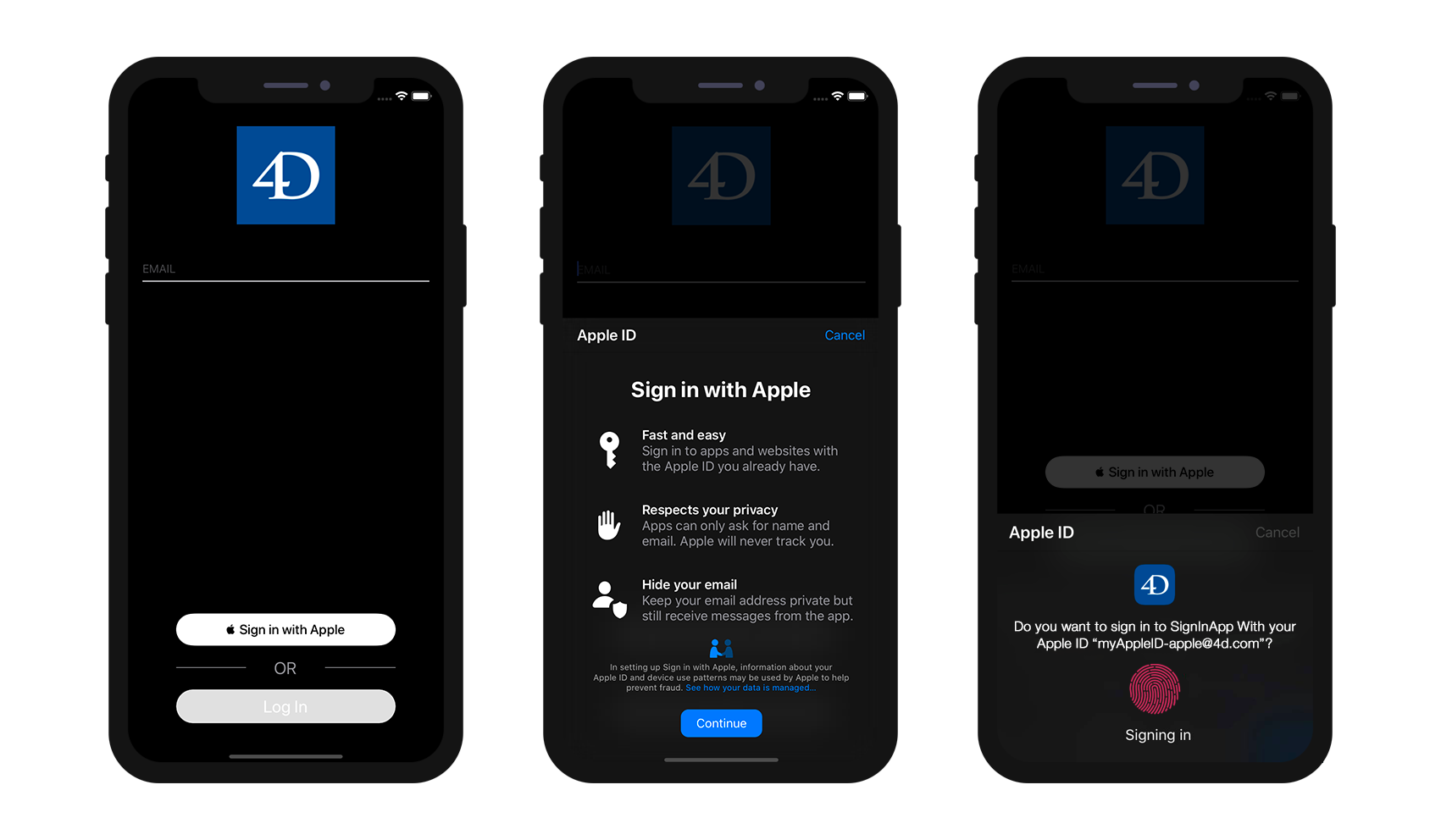 Apple introduced a new standard to include dependencies in your 4D for iOS project using the Swift Package Manager (SwiftPM), which has been extended for use in iOS projects. It will be used to create and share iOS frameworks/modules and integrate them into Xcode projects.

The good news is that 4D for iOS will be fully compatible with SwiftPM! In other words, you will be able to share and include your own Swift dependencies.

By using 4D for iOS you can create appealing native apps because we guarantee that you’ll always be at the forefront of the latest technologies offered by Apple. Your apps take advantage of Apple’s new capabilities, outstanding design, and performance enhancements! Soon you will be able to test and enjoy the new advances, or as Apple likes to put it: “Write code. Blow minds“!