Home Product Improved performance: up to 8xs faster (no, that’s not a typo)!
Automatically translated from English

Scalability is one of our primary concerns and 4D v17 R5 brings good news in this area, particularly for those with a heavy process load on their 4D Server. You’ll notice significant improved performance speeds when remote clients (one, two, or even hundreds) are connected to your server.

4D’s internal architecture has been enhanced and now processor usage is fully optimizedopens in a new tab) in preemptive mode and simultaneous read/write accesses on the same table. As a result, you could see performance 4 to 8xs faster!

Let’s compare the execution of some resource-consuming processes:

Before optimization, we see that all of the read/write processes accessing the same table don’t take full advantage of the CPU. Even though the computer being used has four cores, the CPU is mostly idle because the processes are blocking themselves: 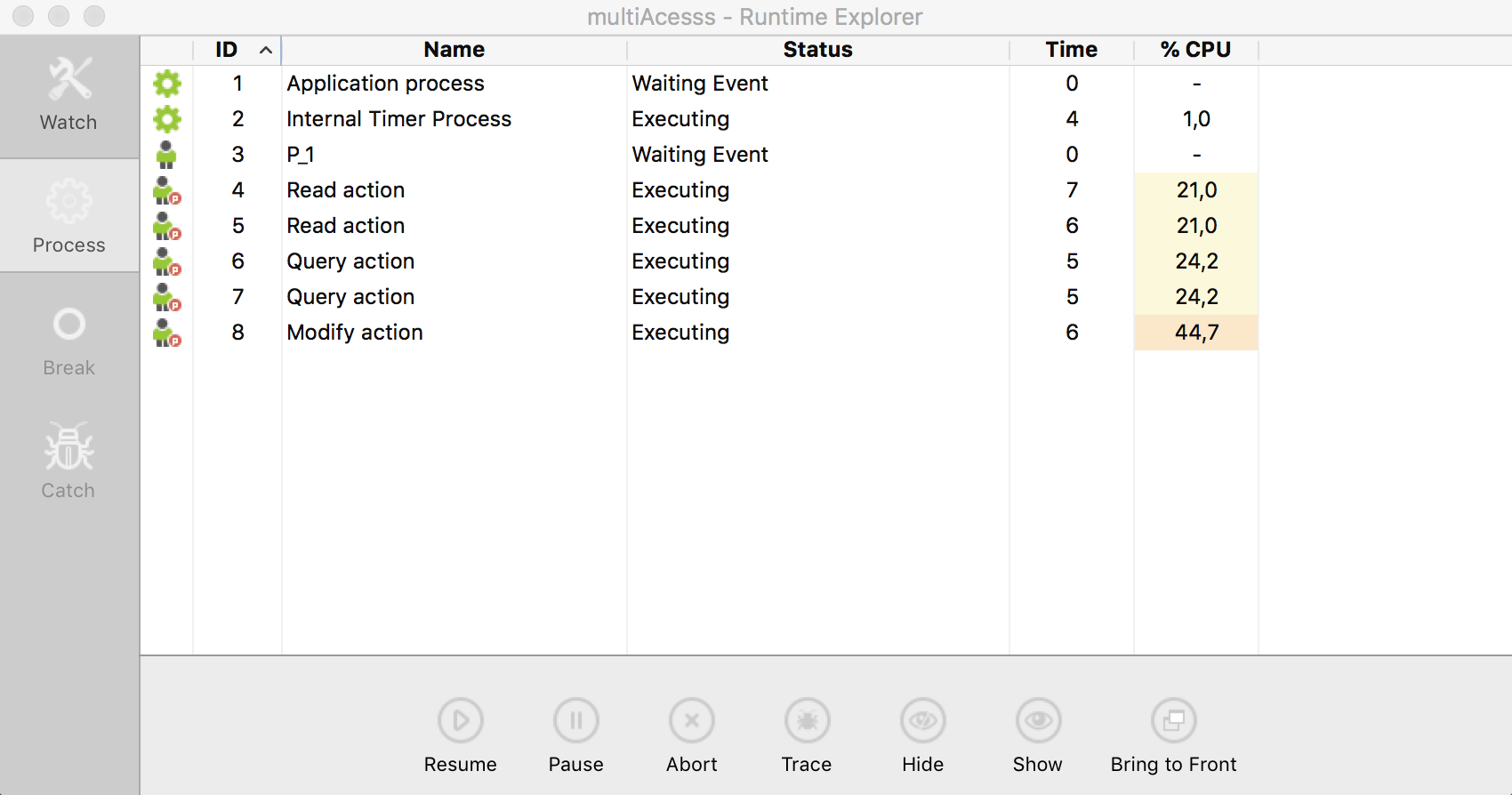 After optimization, the available cores are no longer idle which results in faster processing: 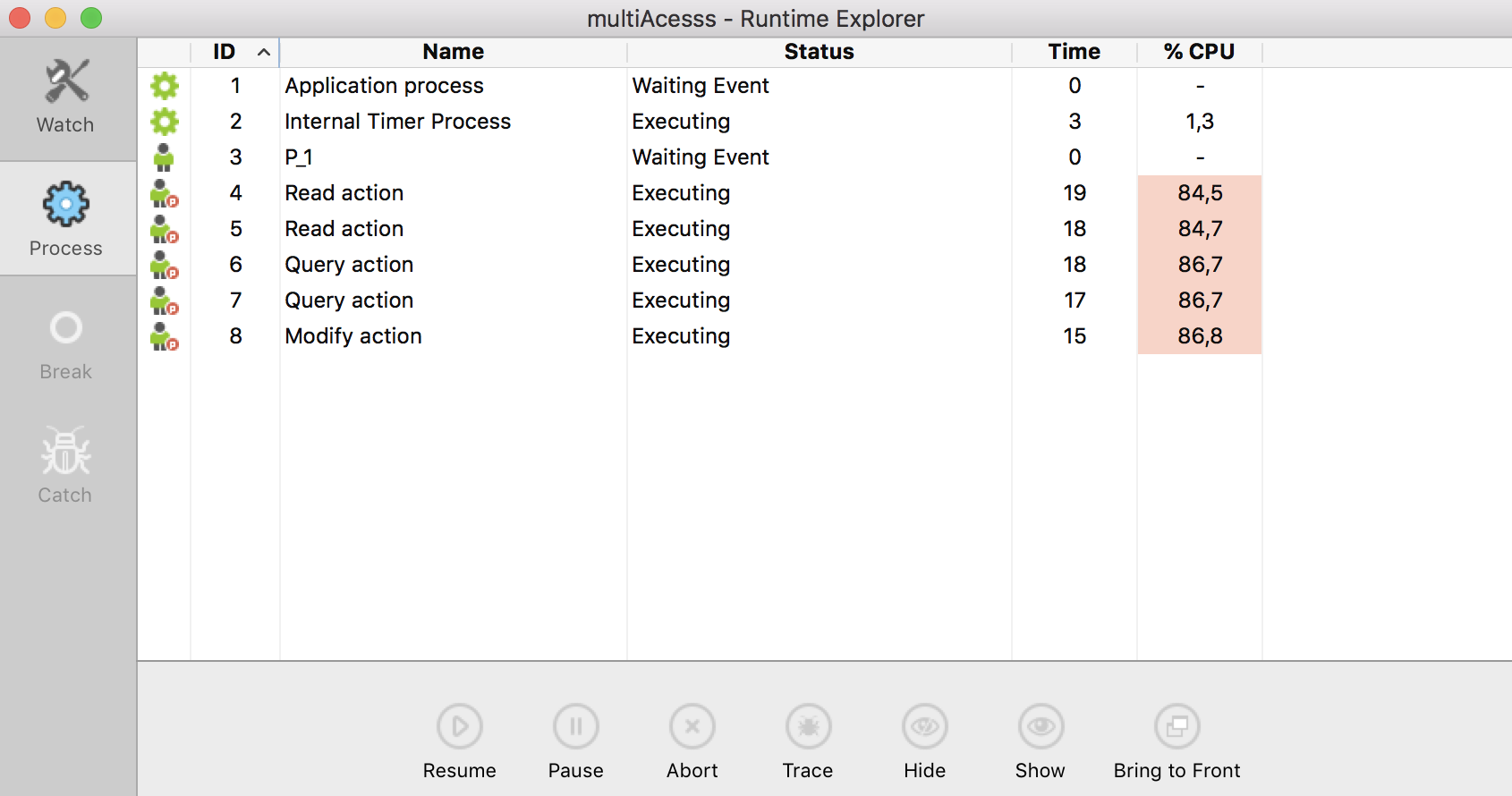 The screen shots above demonstrate actions performed on a single table.

Before optimization, executing a loop on this table to read the data took 958 ms.

After optimization, it takes 138 ms.