In dynamic forms, the entire content of the form – pages, form objects, and the properties for each object – are described in a textual format (JSON format). Thus, dynamic forms can be stored in an object or in a file. For a smooth migration, it’s possible to have both types of forms in a database, i.e. both regular forms (stored in a binary format in the .4DB file) and dynamic forms (stored as text anywhere on disk).

Dynamic forms can be used with compiled or stand-alone applications. The advantage of the new forms vs. regular binary forms is that you can modify them just by updating the JSON file … without having to recompile the application. This gives you great flexibilty in deployment.

Using dynamic forms has other great benefits, too. Have you already had a customer who requested changing the font for all form objects? With dynamic forms, it’s as simple as doing a “Search and Replace” in a text file!

Now let’s say you want to email a particular form to a co-worker, you only have to send a single text file instead of the whole database package. Dynamic forms also makes it simple to reuse a form in another application without the hassle of moving it to another database … just copy/paste a single file and it’s done!

Henceforth, all 4D commands which use a form name have been enhanced to also accept a form description as an object or a file path:.

form description from a text file

Let’s take a simple example with just text and a button: 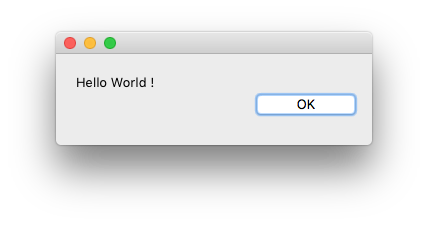 The textual description of the form is as follows:

And here’s the code to load this form in a dialog:

The grammar is defined by a JSON schema. The documentation also gives the complete list of attributes that can be used in dynamic forms, with details about which attributes are supported by each form object. Don’t forget that you can use the JSON Validate command to verify that the JSON in your form description is in accordance with the JSON schema.

Build a form in an object

Now, let’s make this form fully dynamic by building it only with code!

As you can see, it gives you the flexibility to build your forms according to your needs. Once you have written your forms in a file or an object, you can use them same as you would use regular forms.

What about editing forms?

For the moment, there’s no mechanism available to edit your dynamic forms other than using a text editor. But this won’t last! A form editor dedicated specifically to dynamic forms is on its way. When? Stay tuned.