In the first  and second episodes of this trilogy, we demonstrated the basics of ORDA using list boxes, entities, and entity selections. We also showed the way to use similar list boxes with distinct data sources and how to use Meta info expression to improve the list boxes’ graphics.

Today we’re going to have even more fun, with less code!

Based on the recursive structure we discussed before, our goal today is to display a family tree (as shown below).

For each couple, we want to display their parents, grandparents, and their children (if they have any). 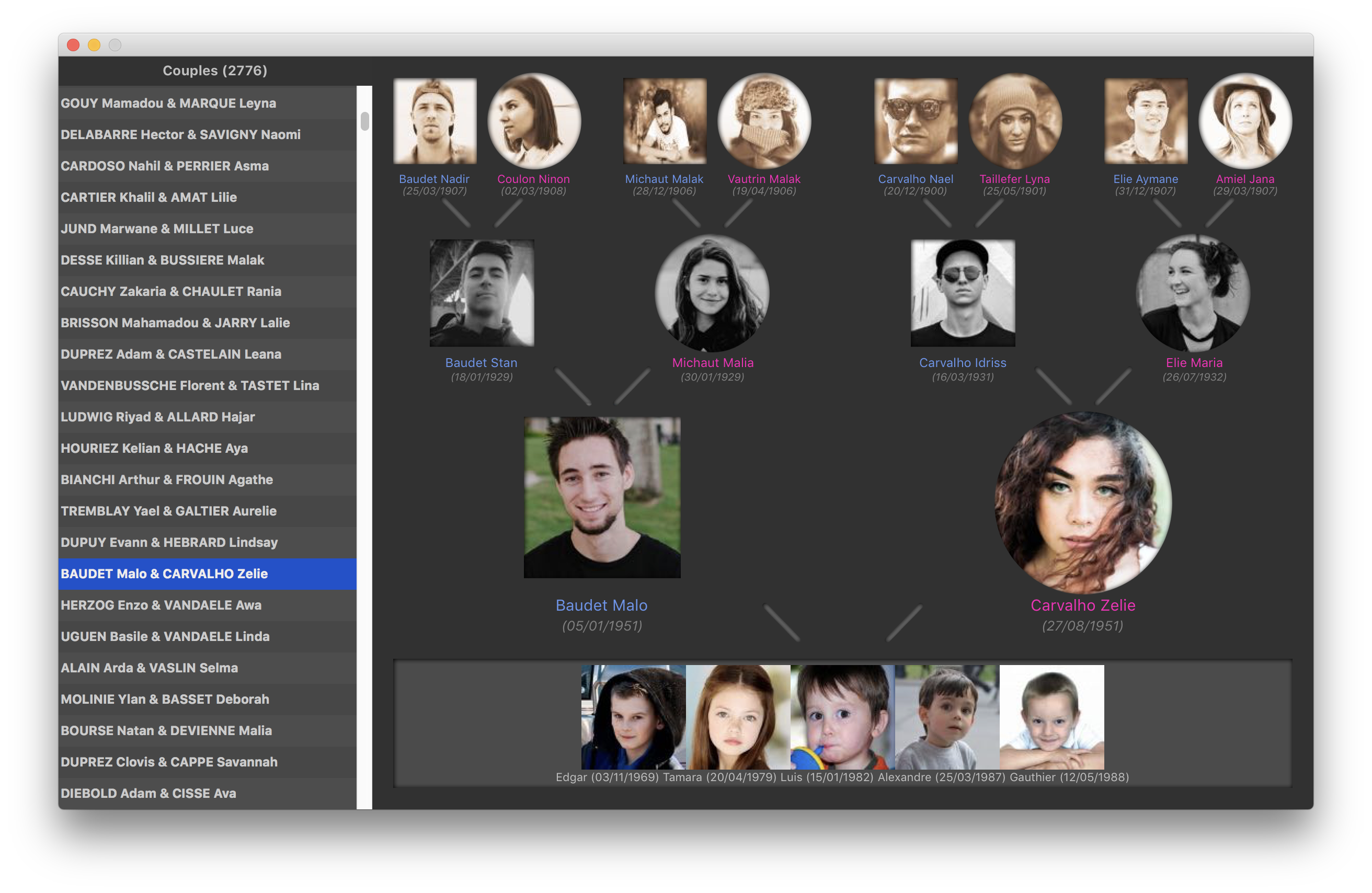 The list on the left will display all couples for whom we will find four parents and eight grandparents. This going to be the main challenge.

To display couples on the left, we can limit the search to men with partners:

But we’ll also need to be sure they both have parents:

And then we’ll need to check for grandparents, etc., etc.

If 4D (and ORDA) can be queried to find four grandparents to the partner of X, that also means that X has a partner and that his partner has a father and a mother as well. So in the end, it’s quite simple! We just have to check that each member of the couple as four grandparents !

Almost. Except for the kids that we’ll manage later, no more code is needed!

Just remember, in the list box properties there is a property called current item. Just name it … then use it! In this case, the current item is “man”. So as soon as you click on any row of the listbox, the man entity is updated and you can use and display his attributes without any coding.

As we said: No code! Only expressions! Just pay attention when using copy-paste … it could prove to be your greatest enemy sometimes 🙂

With these three episodes, we’ve given you a tiny preview of the power of ORDA. Some of the results we’ve shown were nearly impossible to get using 4D in a regular and simple way. Huge numbers of lines of code, arrays, memory, and calculations would have been required to reach the same results. We’re not saying that every 4D database should be rewritten with ORDA (“If it’s not broke, don’t fix it” is one of my favorite quotes), but it’s quite obvious that for your future databases or current ones (if they need improvement), ORDA will be a great help and time saver!